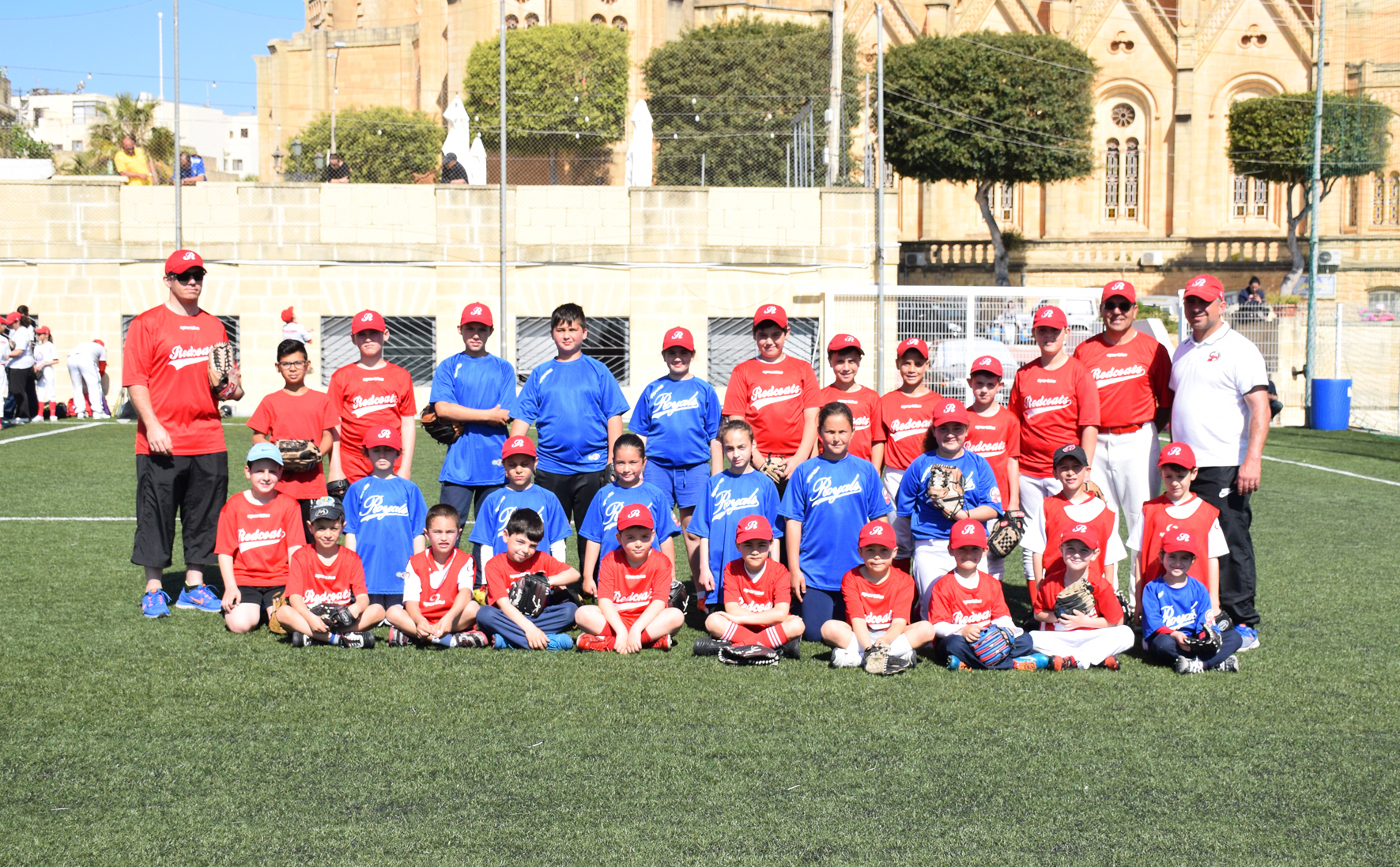 For the second year in a row the Ghajnsielem Redcoats organised a baseball festival on the May 1st holiday with the support of the Gozo Sports Board, the Ministry for Gozo, and SportMalta. The event provided the Redcoats with an opportunity to promote the Erasmus + Sports: Small Collaborative project, Inclusion & Gender Equality Through Softball with the players, their coaches, and their parents and raise awareness about gender imbalances in sports.

The 2017 edition of the Gozo Baseball Festival once again featured the involvement of the two major clubs in Malta, the Mellieha Baseball & Softball Club and the Luxol Mustangs. The Redcoats organised their minors (U10) into three balanced teams and each of the three teams played against the two clubs from Malta. There were two games going on at the same time at the Ghajnsielem Ground and six games were played in about 3 hours. Fifty boys and girls participated in the Gozo Baseball Festival and they were all winners at the end as they enjoyed the experience. The Redcoats would like to organise more such festivals as they serve to promote baseball and softball as well as give the young participants experience in playing the game.

The Redcoats would like to thank umpires Michael Grech and Angelo Muscat for umpiring the six games played. Coaches Joseph Scicluna, Steve Ellis and Charles Attard of the Redcoats, Ray Bartolo of Mellieha, and Patrick Pace of the Mustangs deserve a lot of credit for the performances of their respective players. WELL DONE!