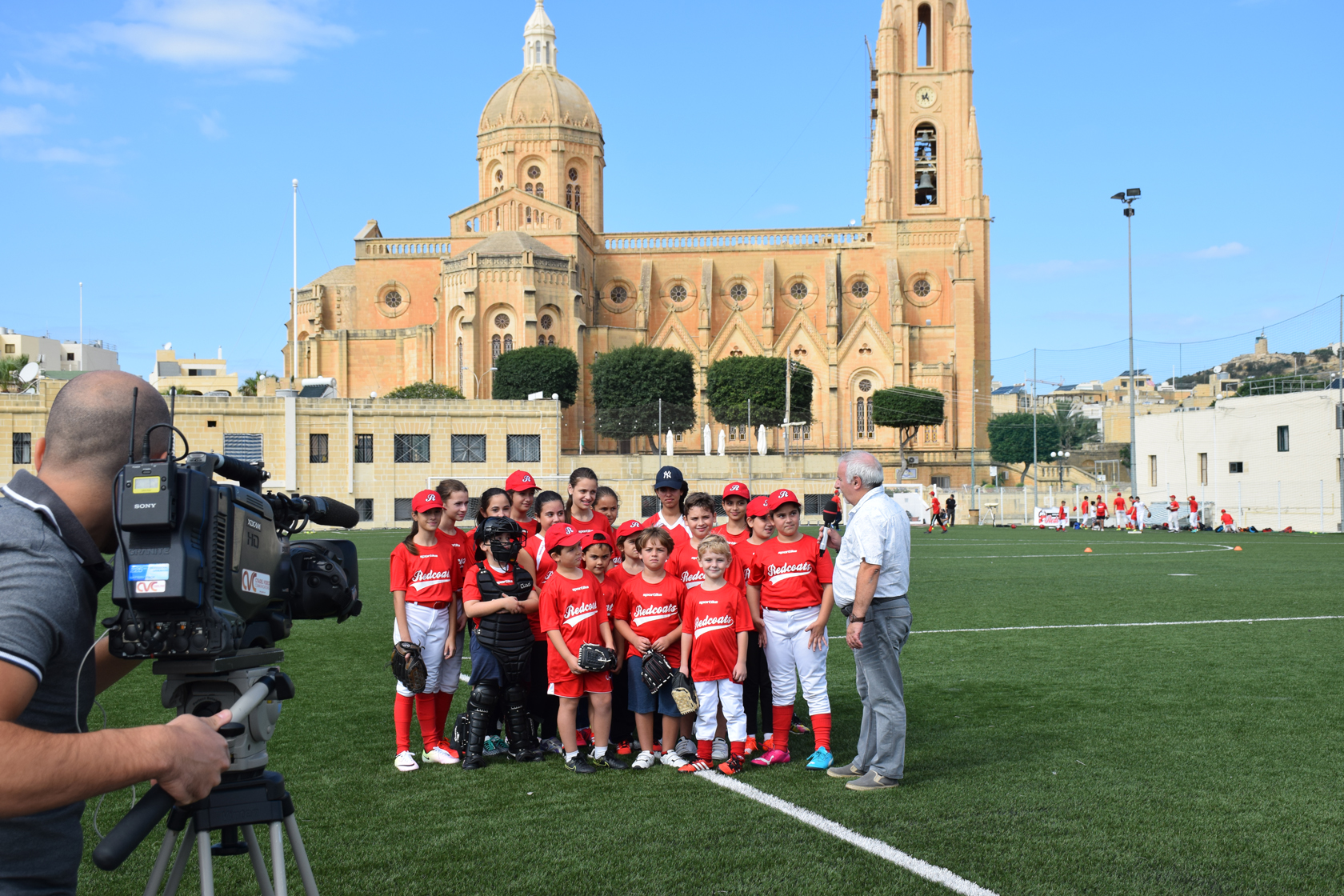 On November 2, 2016, the Ghajnsielem Redcoats held the first intra-club baseball festival of the season. This was held in aid of the Community Chest Fund. The youth baseball squad and the minors joined up with the youth softball players to form four teams and have two games going on at the same time at both ends of the Ghajnsielem Football Ground.

One game which featured the more experienced youth baseball players was played machine-pitch with Michael Grech as umpire. Baseball coach, Steve Ellis, was responsible for this game. At the other end of the field, Joseph Scicluna conducted a coach-pitch baseball game which featured the members of the minors and players of the youth softball team. The coach pitch game was umpired by Angelo Muscat.

During the games the crew of CVC visited as they wanted to feature our club in an upcoming SPORTGHAWDEX programme. One by one the players were asked their name and the locality from which they come. The attention then focused on the catcher as the protective equipment caught the eye of presenter John Busuttil.

The morning turned out to be a success as all the players enjoyed themselves thoroughly. Every effort will be made to have such one-day tournaments regularly so that the players will gain experience and have fun playing the game they love.