FOUR REDCOATS UP FOR MABS AWARDS

The Ghajnsielem Redcoats softball team had a fantastic domestic season in 2019 winning the Women’s Fastpitch National Championship for the 2nd year running. The Redcoats won the best-of-seven series against the Mellieha Curves with relative ease, winning six games and losing just one. Although the team as a whole played really well and all the players contributed to the success of the team, there were a few players who stood out. Four of these players received nominations for the awards given out each season by the Malta Baseball & Softball Association for outstanding players.

Over the seven games played, Estelle Scicluna pitched 29.1 innings, faced 142 hitters, striking out 44 and walked only nine. She had an earned run average (ERA) of 2.89. Estelle also registered four put-outs and led her team with 11 assists. She also contributed offensively with six base hits, 13 walks, five runs batted in (RBI), and led the team in runs scored with 15. Apart from the statistics above, she demonstrated leadership throughout the competition, and was a driving force for her team. The following are her batting and fielding statistics.

These are pitching statistics of Estelle Scicluna.

Last season Corinne Grima volunteered to play catcher. She immediately forged a great partnership with pitcher Estelle Scicluna, and together they worked hard to help each other improve. Corinne has come a long way over a short period of time. During the season she registered 60 put-outs, and had four assists, while committing just four errors. She had an outstanding season helping her pitchers, giving them confidence. She caught every inning of every game of the competition.

Although Kimberley Scerri started playing softball in October 2017, she has become one of the best players of the Redcoats. Due to her height and athleticism, she managed to excel at the sport, especially as a hitter. She led the league with 12 base hits, walked nine times, batted in seven runs, and scored 13 runs. She also has the highest batting average with 0.667 of the competition, and finished joint leader for the best on base percentage with 0.750. Also remarkable is that she only struck-out once in 28 plate appearances.

ROOKIE OF THE YEAR: Monique Attard

Monique Attard can be considered as the revelation of the season. The lefty pitcher was gradually given more responsibility and she impressed with her poise. She pitched in six games for a total of 12.2 innings. She faced 81 batters, allowed 13 hits and walked 11, while striking out 14 hitters. Her most impressive outing was the final game of the season when she started the game, pitched 4.2 innings, faced 35 batters, striking out six, and walked five. Of the three runs that scored only two were earned. On that outing she got her first win of her career as a pitcher. Monique also did very well with her bat. She registered four hits, including a grand slam inside-the-park home run, and scored four runs. She also batted in seven runs. The following are Monique’s batting and fielding statistics.

These are pitching statistics of Monique Attard.

It is a great achievement for the Ghajnsielem Redcoats to have four young players who have performed so well during the National Championship, it is also a great honour for the individual players to be nominated for the highest senior awards in Malta for the sports that they play. Congratulations to the four players! 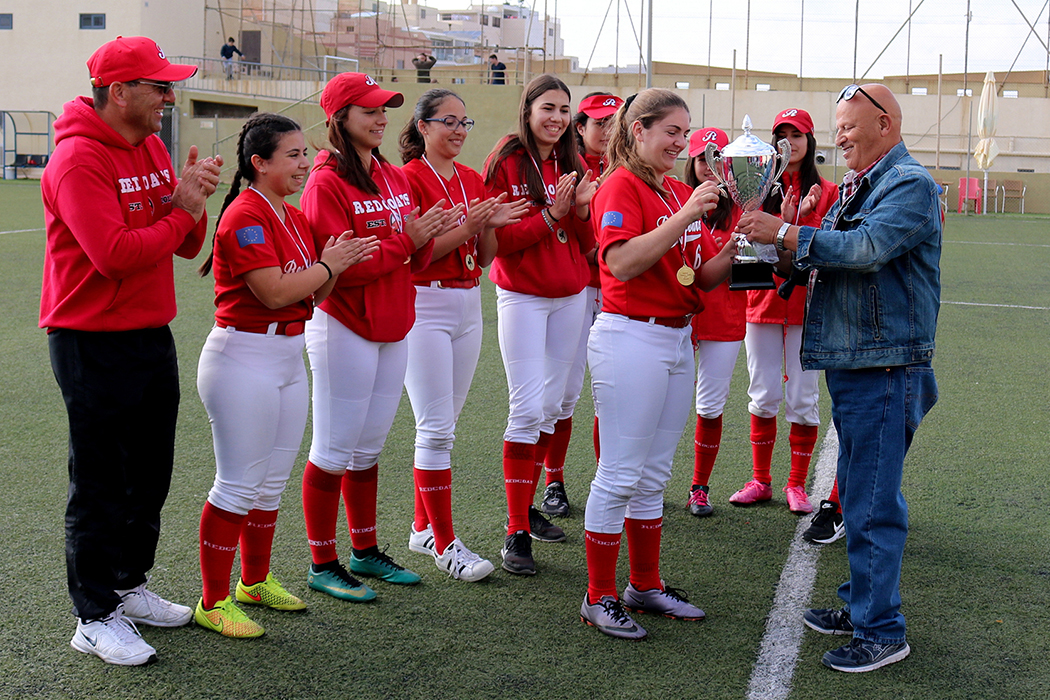