For the Redcoats to compete against Dutch teams, and obtain such positive results, is a truly remarkable achievement

The growth of the Għajnsielem Redcoats over the past seven years has been nothing short of phenomenal. Despite promoting softball and baseball, two related sports which are alien to Gozo, and despite the lack of facilities where they can practice and play the game, they managed to flourish, and are now the only club on the island promoting a team sport for female athletes. The women’s U18 softball team of the Club competes in the senior competitions of the Malta Baseball & Softball Association, and has won back-to-back national championships. The Redcoats have also been quite successful off the field, with the most remarkable achievement being the completion of their two-year Erasmus+ Sports project, Inclusion & Gender Equality Through Softball.

The efforts of the Club were not limited to promoting softball in Gozo, they have made great strides to promote Gozo as a destination for training camps and tournaments with European softball clubs. The primary objective of the SIZZLING FASTPITCH INTERNTIONAL TOURNAMENT was just that, to demonstrate that Gozo can host top European softball teams, and combine softball with an excellent vacation that includes sightseeing, beach hopping, along with strong doses of local history and culture.

SIZZLING FASTPITCH was inaugurated on Saturday, 17th August, by the Minister for Gozo, Hon Dr Justyne Caruana, who funded the international tournament through the Sports Organisations Assistance Scheme. Two Dutch teams, Sparks Haarlem and BC The Herons, competed in a two-round robin along with the hosts, Għajnsielem Redcoats. Six games were played over three days with a doubleheader on each day. As expected, Sparks Haarlem, the tournament favourites, were overpowering, and registered four comfortable victories, 11-0 and 13-0 against their compatriots, and 15-1 and 12-3 against the team from Gozo. The Redcoats got the satisfaction of having scored four runs against their more quoted opponents. One should note that Sparks are currently in 2nd place in the Dutch 8-team U18 league, whereas the Herons are 6th in the table. The realistic objective of the Redcoats for the tournament was to finish 2nd, ahead of the Herons. The two games between the Herons and the Redcoats were tense affairs, and the Redcoats managed to come out on top on both occasions, winning the first game 12-7, and the second game 6-5 in dramatic fashion.

The Redcoats impressed in each of their four outings, and maybe surprised the visitors who did not expect such a competitive team. The players also improved from one game to the next, and they had to be at their very best to win the final game. The performance of the Redcoats during SIZZLING FASTPITCH, along with their achievements at the XXXIV Memorial Civelli International Tournament in Venice, this July, are very encouraging. The players showed that they can compete with most European U18 softball teams.

There were a few stand-outs from among the Redcoats. Marilise Vella played catcher for the first time, and did an excellent job playing that very demanding position. She also did very well with her bat, leading her team with five base hits. Nicole Cassar, playing at 2nd base, also for the first time, made at least three plays which ranked among the top five plays of the tournament, often fielding balls that nobody expected her to reach. She made 16 assists, and four put-outs, including a spectacular double play. She finished with a fielding percentage of 0.870. Laragh Tabone, who played at 1st base, also impressed. She just about caught everything that her teammates threw at her. She registered a stunning 32 put-outs, with one assist, and had a fielding percentage of 0.971. Nicole and Laragh were joint winners of the Outstanding Fielder award of the tournament.

Estelle Scicluna, the starting pitcher of the Redcoats confirmed her potential. She struck out eight players in 13 innings pitched, while walking just three. Estelle helped defensively as well, registering eight assists, without committing an error. She was also instrumental offensively, leading her team in stolen bases and runs scored (8). She registered four hits, including an inside-the-park home run, for a batting average of 0.444. Estelle was selected by the coaches as the Most Valuable Player of the tournament because of her overall contribution to the success of her team, including her leadership qualities.

The standouts from the Sparks Haarlem team were Merel Kramer, who won the Outstanding Hitter award, with seven hits, including three doubles, and a triple, for a batting average of 0.778. Pitcher Noor Soumokil was quite impressive as well. She registered 11 strike-outs in seven innings pitched, giving up just four walks and five base hits, and allowed only two runs to score. She deservedly won the Outstanding Pitcher award of the tournament.

The SIZZLING FASTPITCH INTERNATIONAL TOURNAMENT was a resounding success, achieving all the objectives set out, and exceeded everyone’s expectations. There is already plenty of interest from European teams to compete in the 2020 edition of the tournament. There is also much interest from softball clubs to visit Gozo for training camps, and to play against the Redcoats. The feedback from the members of the visiting teams has been nothing short of exuberant. They are all keen to return to Gozo for another tournament, and bring with them family and friends. They are also determined to encourage other Dutch teams to visit as well. The level of the softball played was quite high as the two umpires who officiated the six games pointed out. The Redcoats benefited tremendously as they got to play four high level softball games against two top Dutch teams. This experience will make them better players, and will surely enhance their love for the game. The tournament was also successful in promoting softball in Gozo. The marketing leading up to the tournament, most particularly the flags which lined one of the major roads on the island, helped to raise the profile of the sport, as well as the standing of the Club, among the residents of Gozo.

For the Redcoats to compete against Dutch teams, and obtain such positive results, is a truly remarkable achievement. To have three local players singled out for personal awards from among such outstanding players, is also something to be extremely proud of. Despite having to do without proper facilities where to practice and play, despite not having enough local competition, and despite the lack of international experience, the Redcoats have come a long way and did really well. Should the players make the necessary commitment and the sacrifices that go along with it, they should be able to go up yet another level next season, to be able to compete with the best in Europe. The Club will continue to strive to provide them with opportunities to play high level games. It is hoped that the authorities will also step up their efforts to provide them with the facilities they deserve and need to achieve their full potential.

This publication reflects the views only of the author, and the Ministry for Gozo cannot be held responsible for the content or any use which may be made of the information contained therein. 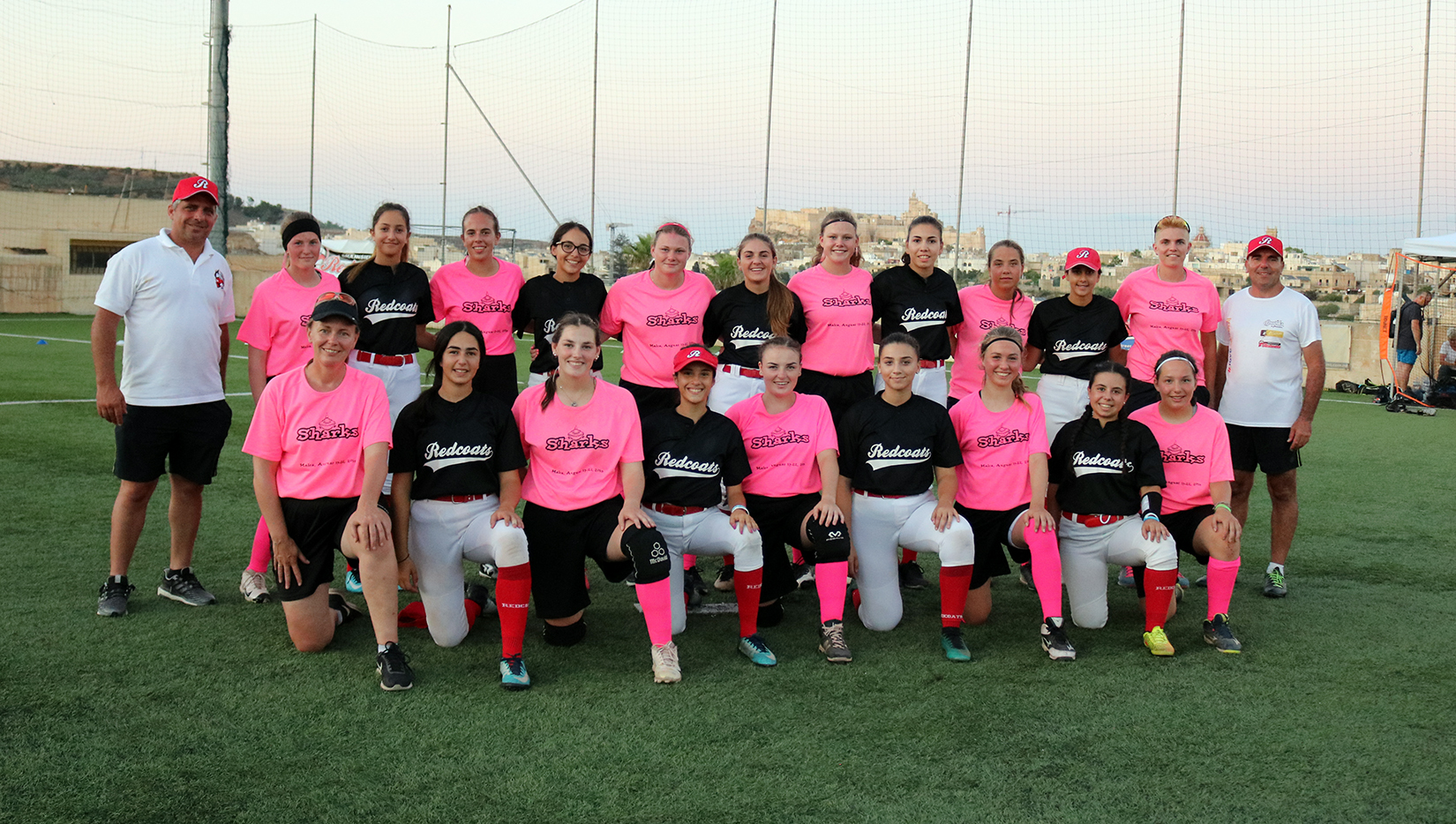