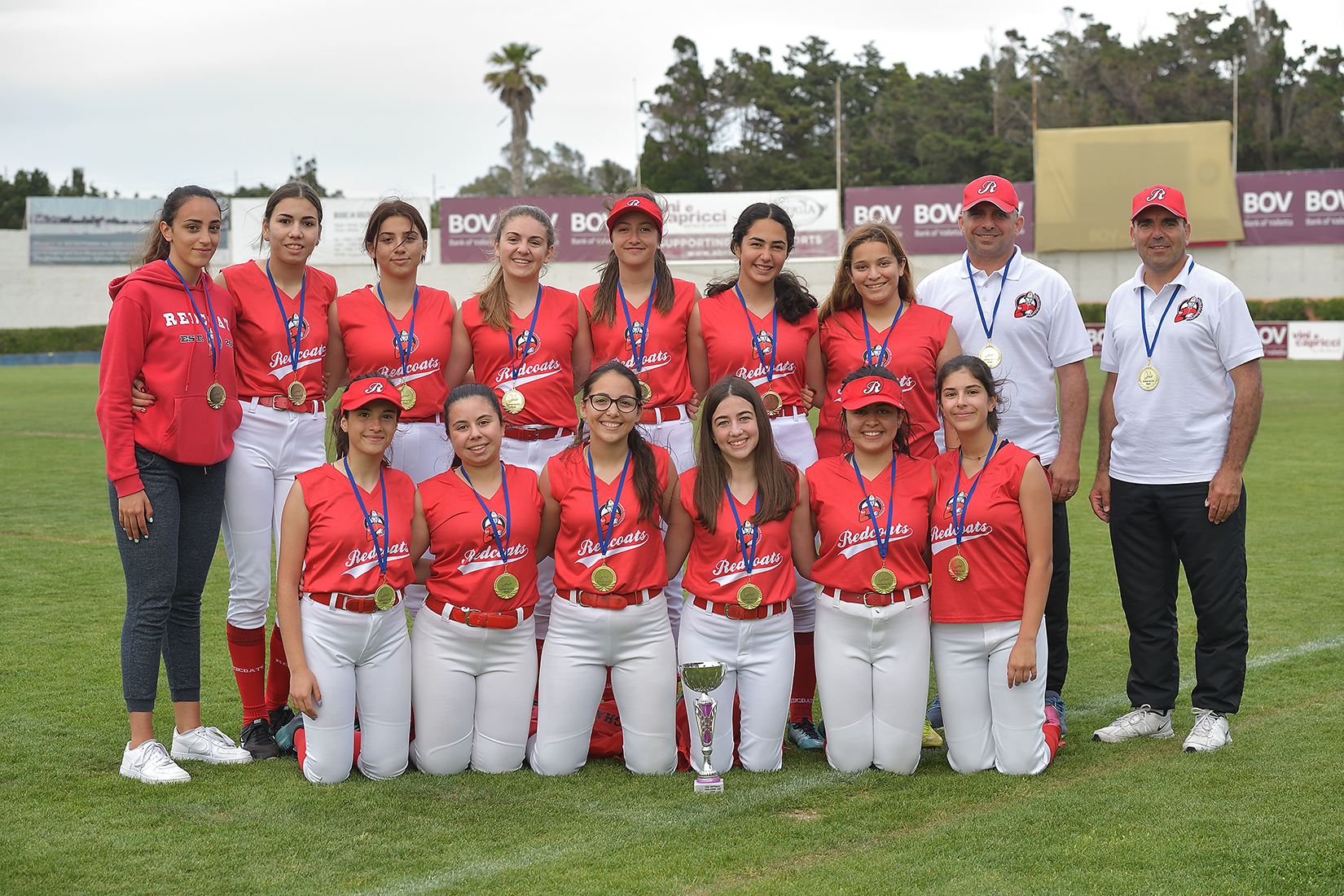 Yesterday the draw for the competition was made with the Redcoats drawn against SK Joudrs Praha Blue and Bulls Rescaldina in POOL C. Although both these teams are very tough opponents, the Redcoats were happy to have avoided the Italian National team as well as the hosts, Friul ’81 Softball.

The commitments of the Redcoats start on Friday, July 5, with back-to-back games against the two opponents in the Group, with Game 1 at 11:10 against Joudrs, and at 12:50 Game 2 against the Bulls. Then, on Saturday the Redcoats will play against a team from each of the other two pools depending on where they finish in POOL C. At the end of the day the nine teams will be ranked according to their record over the two days so that on Sunday there will be the placing finals.

The Redcoats are very eager to do well in this high level tournament. The Club is also keen to find out where the team stands in relation to top European U18 teams. The coaching staff has been preparing the players for this tournament since February, when the participation in this competition was confirmed. Head Coach Joseph Scicluna, along with Assistant Coach Steve Ellis, have stepped up the intensity of the sessions over the past few weeks. A training camp is also scheduled for next week with the involvement of coach Lisa Maulden from the United States, and coach Roldan Ochoa Diaz from Venezuela, who will be coming to Gozo to assist in the final preparations for the tournament.

The roster for the tournament is as follows:

This will be the second experience for the Club participating in a tournament at Castions Delle Mura. In 2017, the U13 baseball team competed in the XXVI Memorial Federico Zuttion International Youth Baseball Tournament and earned the respect of the organisers as well as of their opponents with the tenacity of the players.

The squad flies out of Malta International Airport on Wednesday, July 3, 2019.