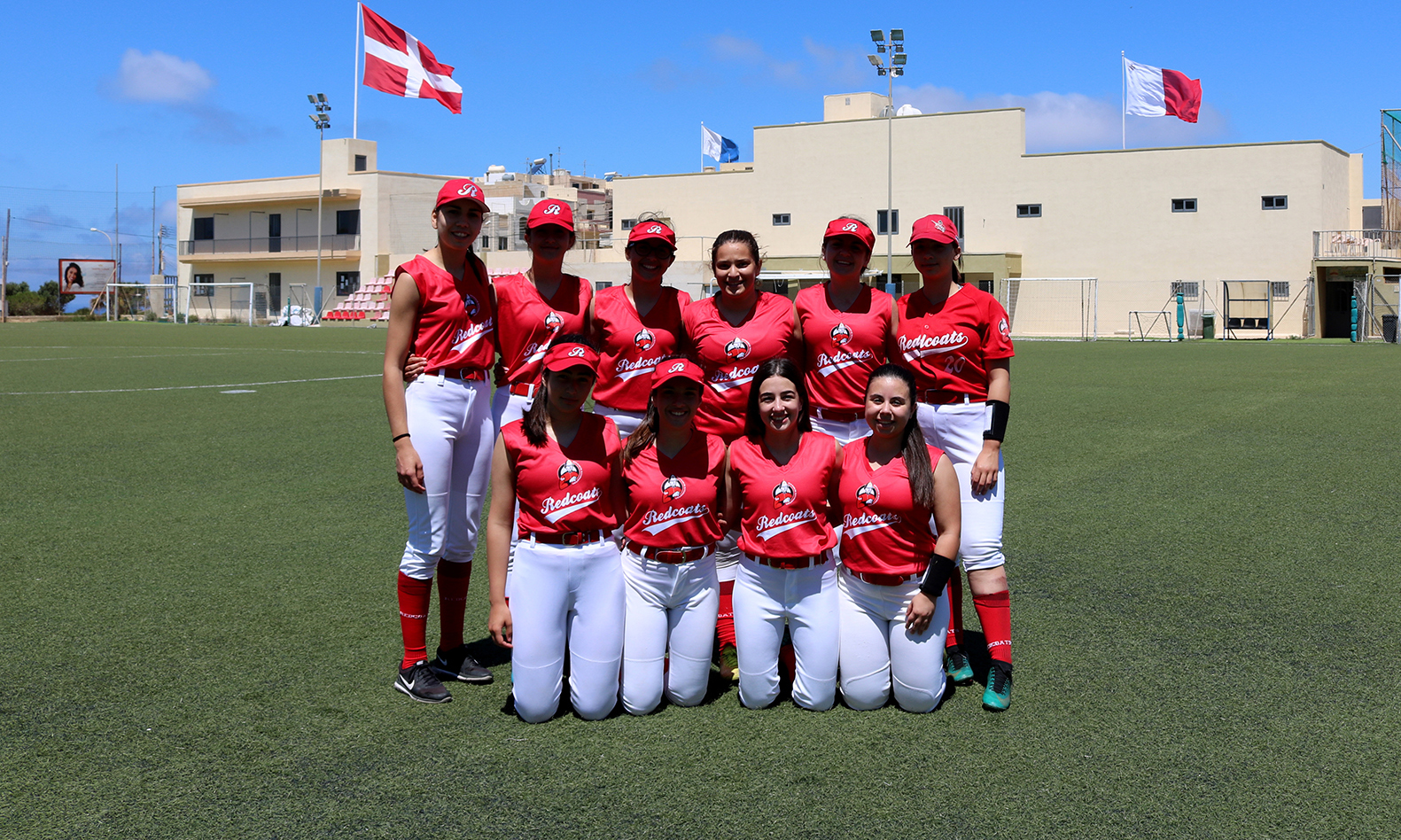 For the final game of the season the Ghajnsielem Redcoats decided to give young lefty pitcher, Monique Attard, an opportunity to start at the pitcher’s circle to gain experience in preparation for the XXXIV Memorial Civelli International Tournament, which will commence in just over a month. This was only the fifteen year old’s second start of her career. The other start was in Game 4 of the MABS Fastpitch National Championship Series, with the Redcoats leading 2-1 and everything on the line. As with the other start, Monique rose to the occasion and did not disappoint. This time round, however, she got support from her defence as well as from her offence, and she managed to get her first ever win as a pitcher.

The Redcoats started this season very strongly winning Game 1 rather comfortably 10-4. However, following the injury to Gianella Mallia, who played at 3rd base, the Redcoats had to reshape their infield. Simona Refalo, the youngest member of the team, was asked to play at that very important position. Ilena Buttigieg, was asked to play short stop, a  position which carries a lot of responsibility. Both have come along really well, and the Redcoats look more compact defensively than they ever did. The greatest improvement during the course of the season has been undoubtedly the hitting. The Redcoats are comfortable at bat, they have confidence in their ability, and have improved their swing. Last Saturday, the Redcoats registered 14 hits in five innings, while today they managed 16 hits, also in five innings. They were averaging less than a hit per inning during the first four games, while during the last three games they averaged 2.625 hits per inning. This improvement  reflect the work that they have been doing with their coaches over the past four months.

With no pressure whatsoever, the Redcoats performed quite well to close the domestic season with a comfortable 15-3 victory over the Mellieha Curves. Starter Monique Attard threw 4⅔ innings, striking out six Curves and walking four. She gave up seven hits and allowed three runs, two of which were earned. This was the longest outing of her career, and her best performance yet. She recorded two quick outs to start the bottom of the fifth inning, but then a runner reached base on an error, and Monique walked two batters on nine pitches to load the bases with the clean-up hitter of the Curves coming up. Coach Joseph Scicluna decided to call in Estelle Scicluna to face the best hitter on the Curves line-up. Estelle did her job, and struck her out to end the game.

The Redcoats were in control right from the first inning when they scored four runs. The girls in red were hitting the ball really well with the top of the line-up contributing eights hits, as did the bottom of the line up. This was also the first time ever that every batter on the line-up registered a hit. Kimberley Scerri, who was the lead-off, registered three hits, Ilena Buttigieg, Estelle Scicluna, Marilise Vella, Monique Attard and Laragh Tabone all notched two hits, while Corinne Grima, Monique Camilleri and Simona Refalo had one hit each. Marija Vella, who was playing for the Curves on the day, also registered two hits. All the players scored a run as well.

For this game Laragh Tabone played at 1st base and looked quite comfortable there, being involved in a very nice play when she had to stretch to catch the ball on a throw from Ilena Buttigieg to get the runner out at 1st base. Corinne Grima playing catcher was solid behind home plate, catching a pop-up as well, to help her young pitcher.

The Redcoats will now shift their focus on their commitments for the summer. They want to improve to do well at the two international tournaments that they have coming up. They will face some of the best U18 teams from Italy and the Czech Republic when they travel to Venice in early July, and then they will host two Dutch teams in August. The Netherlands, Italy and the Czech Republic are the best three nations in Europe for fastpitch softball, and so this is expected to be quite a challenge for the team.