The Għajnsielem Redcoats travelled to Zagreb, Croatia, on Monday, July 23rd for the IGETS Triangular Training Camp and Tournament as part of the Erasmus+ Sports: Small Collaborative Partnerships project Inclusion & Gender Equality Through  Softball, with partners Olympia Haarlem and SK Princ Zagreb. The training camp conducted by high level softball coaches from the US assisted by the coaches from the three participating clubs included a Triangular Tournament which was intended to provide an indication of the level of the three teams relative to each other and the progress made of the individual players. Exhibition games were also scheduled so that the players who were not involved in the Tournament games could also play.

The IGETS Tournament started on Tuesday afternoon. On Field A, the Għajnsielem Redcoats U17 team hosted Olympia Haarlem. On Field B the Redcoats U15 team played an exhibition game against the co-ed youth team of SK Princ Zagreb.

The IGETS Tournament couldn’t have started better for the Għajnsielem Redcoats as the team from Gozo stunned Olympia Haarlem winning the game 7 – 6 in dramatic fashion, scoring three runs in the final inning. Daphne Cassar had a very good game. She was solid at 1st base and had two very important hits. She led off the game with a solid double to centre field and later scored. Then in the decisive final inning, with Kimberley Scerri on 1st she had another hit to set up the drama. With one out Rebecca Grech hit a ground ball which the pitcher fielded and managed to throw out Kimberley at home.

Then with two outs and her team down by two runs the pressure was all on Estelle Scicluna. She did not disappoint. Estelle smashed the first pitch she saw to right centre field for a triple to bring in both Daphne and Rebecca to tie the game at 6 – 6. Redcoats catcher, Corinne Grima, who improved tremendously during the course of the training camp, was up to bat next with the opportunity to bring home the winning run. However, the first delivery of the Olympia pitcher was a wild pitch, and Estelle took full advantage of that and ran home for a memorable come-from-behind, walk-off victory. Apart from her offensive heroics Redcoats’ pitcher Estelle Scicluna was dominant striking out 12 of the 27 hitters she faced, walking only four.

The play of the game took place in the 4th inning, when 1st base player, Daphne Cassar fielded a bunt and she quickly turned around to throw to 1st base that was covered by the Redcoats’ 2nd base player, Ilena Buttigieg, who had just been introduced to the game. The throw came low but Ilena still managed to catch the ball and hang on to it for a very crucial out.

To round off what was a truly memorable day for the Club, on Field B, the U15s of the Club defeated Princ 13 – 11. Young, prominent, left-handed pitcher, Monique Attard, was the stand out performer during that game as she registered several strikeouts including the third out in the final inning to win the game. This was the first time ever that Monique pitched in a game at any level, other than practice games between the Redcoats’ teams, and she managed to record a win in her first opportunity. 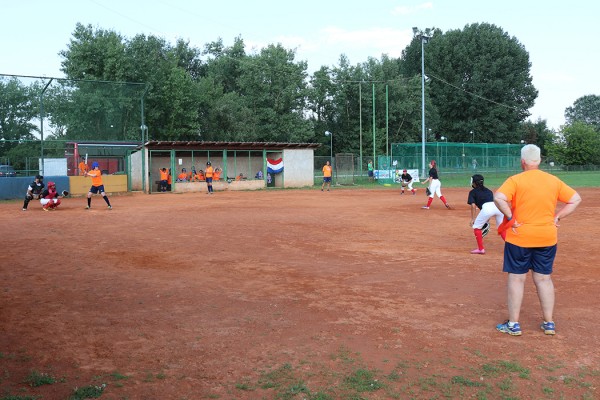 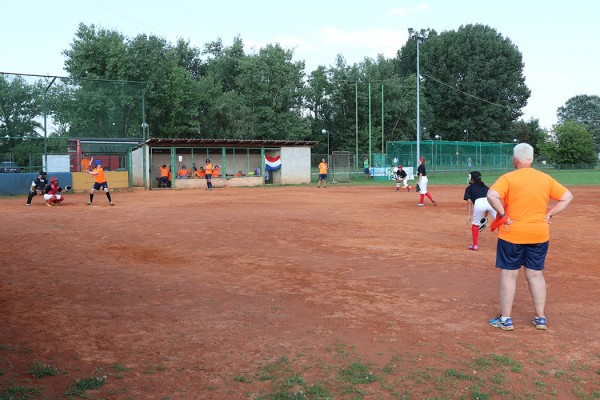 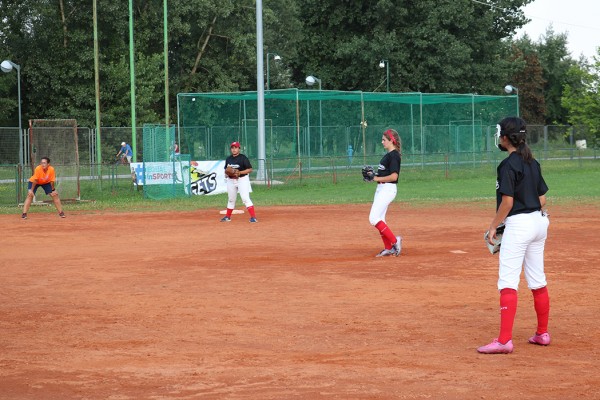 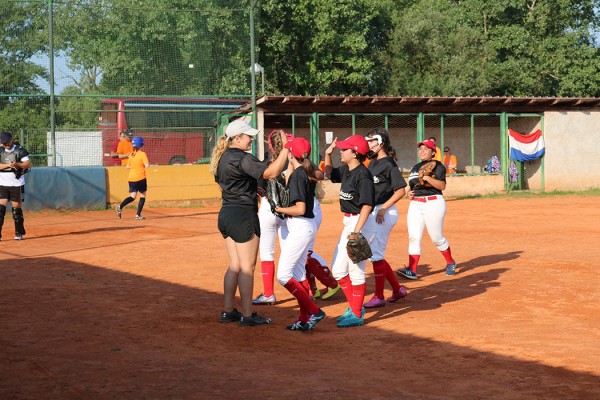 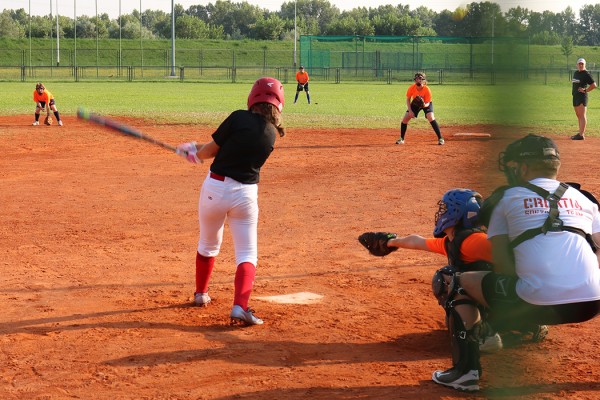 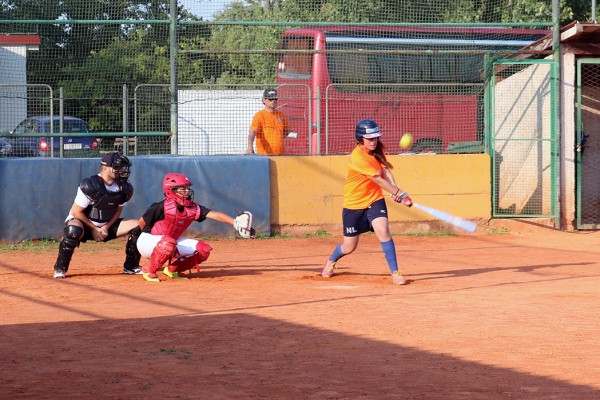 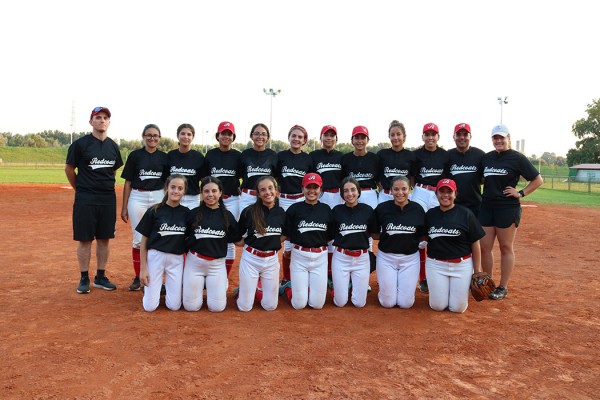 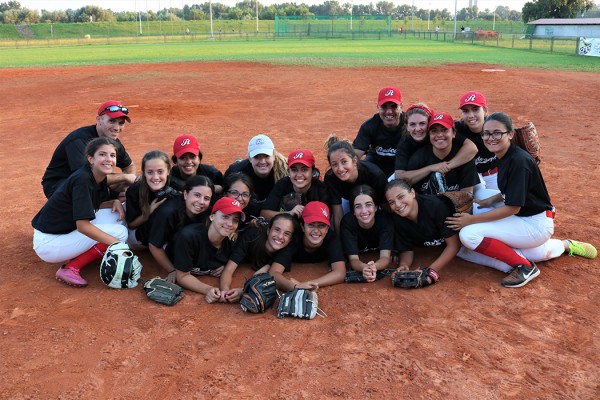 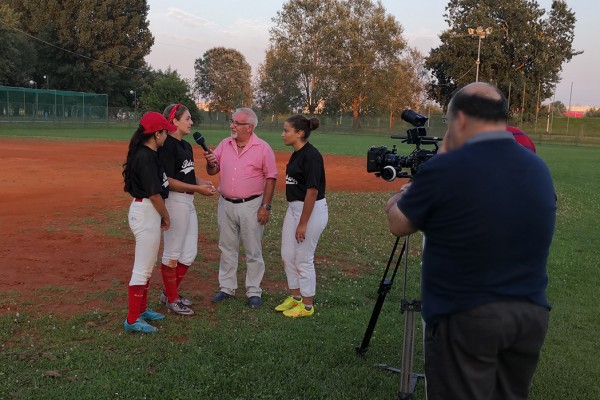 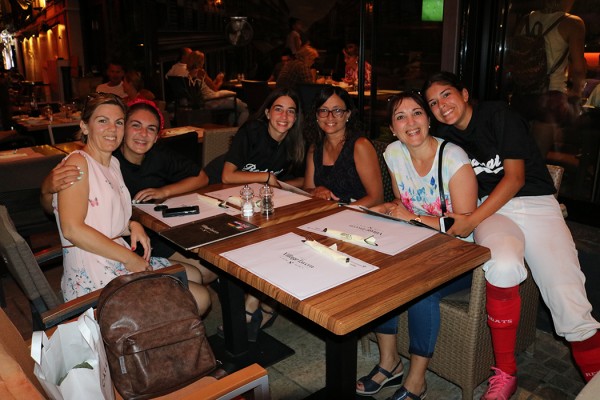 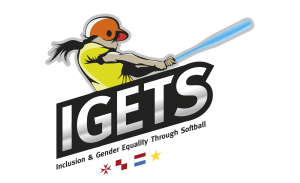