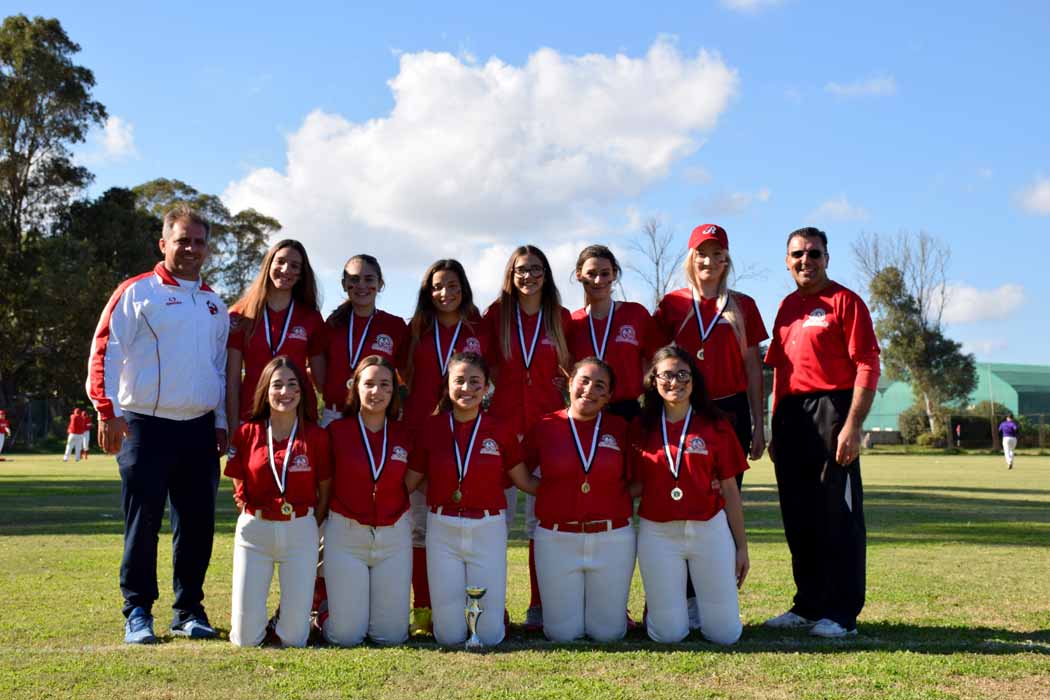 Yet again, the young Redcoats’ women’s softball team showed great progress from their previous game to beat the Curves 6-5. Pitcher, Estelle Scicluna, pitched a complete game striking out 8 Curves, allowing just 4 base hits and walking 5 hitters. It was her best game ever as a pitcher. Catcher Denise Xuereb did really well behind the plate as well as with the bat. She hit 2 doubles and a single. She scored 2 runs and batted in the all important 6th run.

Several other players contributed to the win. Rebecca Grech had 3 assists playing at 2nd base. Yana Vella had 4 put outs playing at 1st base, 2 base hits, scored 2 runs and batted a run in. Corinne Grima was, however, a standout. She hit a 2-RBI double to open the scoring, had a key put-out at 3rd base thanks to a great throw from Gianella Mallia, and produced the play of the game when she dived head first back to 2nd base to avoid being doubled out.
It was a memorable game for the Redcoats to win their first ever honour at senior level. Congratulations to all the players and the coaches for the great progress made in just 11 months.