To Softball Heaven and Back Again 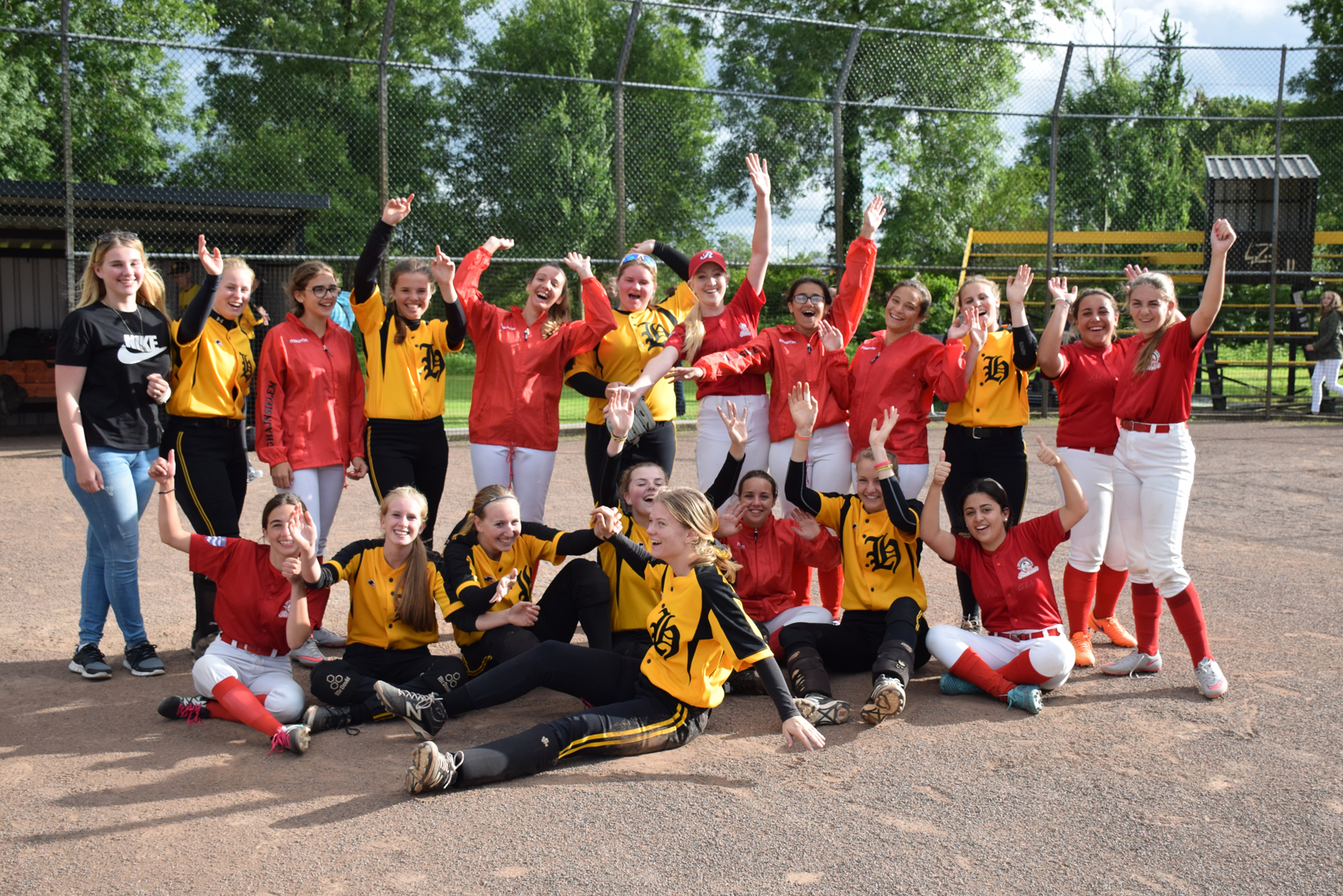 The youth softball team of the Ghajnsielem Redcoats have just returned from a very successful and highly enjoyable five-day softball training camp in Heerhugowaard, the Netherlands. It was a joint training camp with the Baseball and Softball Club The Herons, the local club which was established 45 years ago.

The training camp was organised by softball coach, Sandra Gouverneur, a former Dutch National Team short stop who represented her country in the 2008 Beijing Olympic Games. She was assisted by Herons youth coaches Mirjam Soumokil and Wendy van der Putten along with other members of the Herons coaching staff. Pitching coach Annette Van Opzeelandand was responsible for the pitchers. The outstanding facilities of the Herons, including a nicely furnished clubhouse adjacent to the picturesque baseball and softball fields, were made available to the Redcoats.

The Redcoats practiced every afternoon from 4:30pm onwards, sometimes even past 9pm. Every session was designed to tackle a different set of softball skills. To gauge the progress of the players during this training camp, two exhibition games were set up. In the first game that was played on Tuesday, July 12, the Ghajnsielem Redcoats faced the Herons in an exhibition fastpitch softball game. This was the first time that the Redcoats faced foreign opposition. It was also the first time that the Club played a game on foreign soil. It turned out to be a tremendous experience for the players who performed very well. In the second exhibition game played at the end of the final practice session of the training camp, the Redcoats and the U20 softball team of the Herons formed two mixed teams and played each other. The girls in red played with much more confidence during this second game and registered several base hits, runs batted in, and runs scored as well.

The coaches were very pleased with the outcome of the training camp. The objectives that were set out for this training camp were achieved. There was a marked improvement in the fundamental softball skills such as throwing, fielding, base running, and batting, of the ten softball players who travelled to the Netherlands. The three Redcoats’ pitchers, Yana Vella, Estelle Scicluna and Denise Xuereb had four very productive pitching practice sessions and managed to impress their coaches who saw plenty of potential in them. All three of them benefited from the great coaching of experienced softball pitching coach Annette Van Opzeelandand. The desired team bonding also happened as the trip helped improve the team spirit and unity. The players also made several new friends with their counterparts on the Herons youth softball team. The players came to understand better what it takes to be good enough to play the game at the senior level.

The coordinator of the training camp from the Herons side, Angelique Kramer, deserves a lot of credit as well as she meticulously planned the excursions for the Redcoats, which included trips to the neighbouring towns of Enkhuizen, Haarlem, Amsterdam, and Zaandam. The Herons also organised several events for the visiting Redcoats including a welcome party, a pancakes evening, a BBQ, and a farewell party. The two clubs have forged a bond through softball and there are plans for further exchanges in the near future including a possible joint training camp in Gozo in 2017.

The Redcoats are working on more training camps abroad over the coming years, not just for the softball team but also for the youth baseball team as well as for the basketball squad. These experiences abroad can turn out to be very productive if planned well as they help the participants to grow fonder of playing the sport as well as help them develop as athletes.

The assistance of various corporate sponsors and a private benefactor, made this training camp possible and affordable for the players. The Redcoats would like to thank the parents, for helping out in organising fund raising activities, and the sponsors; Jesmond Mizzi Financial Advisors Ltd, Eurochange Financial Services Limited, Ta’ Dirjanu Supermarkets, The ClubHouse – Burger 804, The Grand Hotel – Gozo, Left Field University, and the Ghajnsielem Local Council.