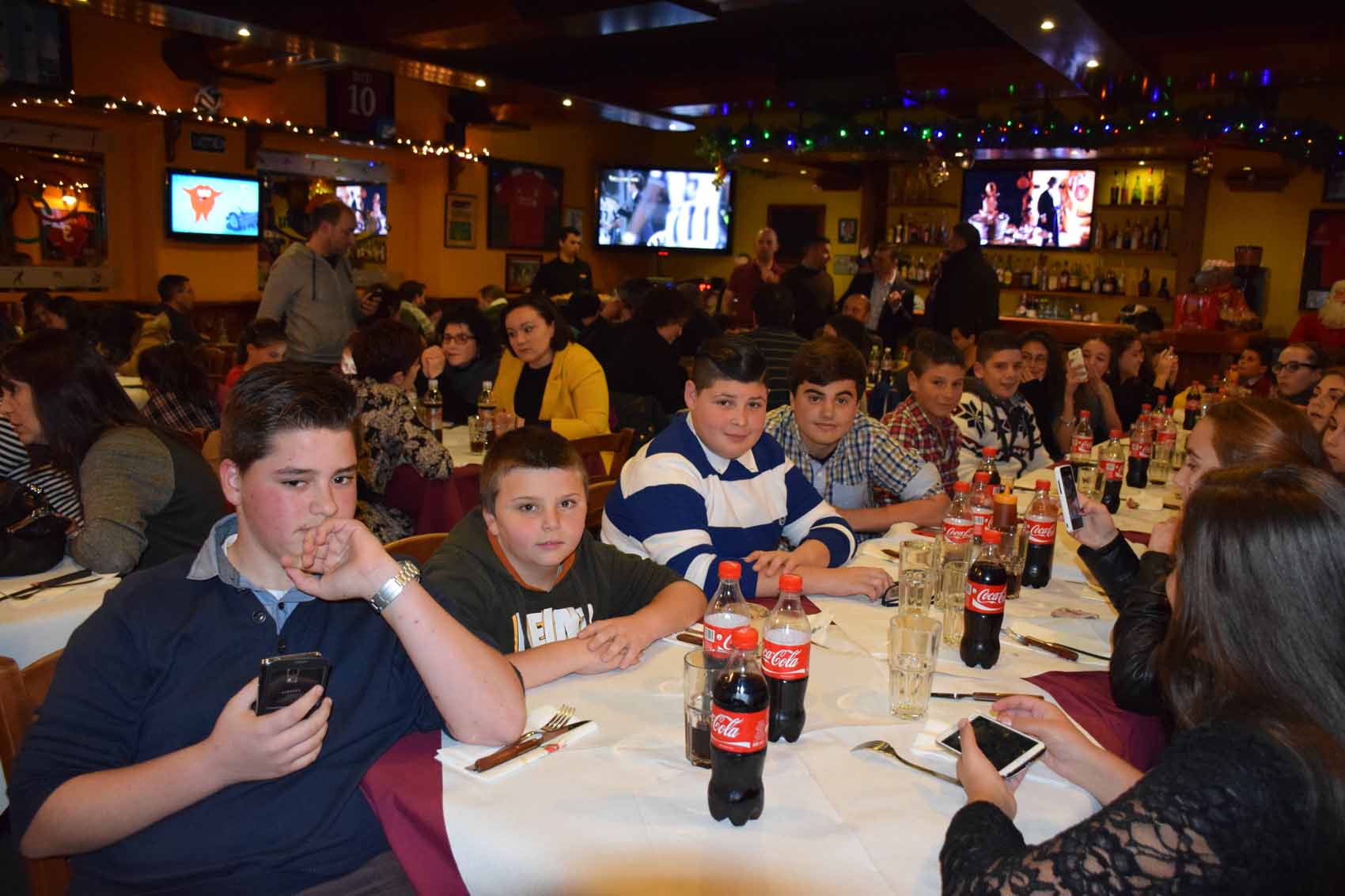 Thanks to the Gozo Sports Board the Redcoats will be able to achieve their ambition to become a sports club with basketball being the first sport to be offered along with the baseball and softball that participants currently play.

The Ghajnsielem Redcoats held their third annual Christmas Dinner at the Universal Sports Restaurant on Monday, December 22. The dinner was very well attended as several parents along with most youth players were able to make it.

During his address, Club President, Joseph Scicluna, reiterated that the most important event that happened for the Club during the calendar year that was nearing its conclusion was the formation of the Gozo Sports Board. He went on to thank the members of the Gozo Sports Board, including, CEO, Mr Alvin Grech, Board Secretary, Mr Joe Bajada, and Mr John Busuttil, Head of Marketing, who were in attendance. During his speech, Joseph Scicluna, announced that it was thanks to the same Gozo Sports Board that the Redcoats will be able to achieve their ambition to become a sports club with basketball being the first sport to be offered along with the baseball and softball that participants currently play. Mr Bruno Di Pietrantonio, former head coach of the Maltese basketball national team, also in attendance, will be coaching the Redcoats starting this coming January. More information to follow.

With Active Start, which started this past October, the Redcoats wanted to introduce the culture among its athletes of participating in more than one sport. Now that the Redcoats will be playing several sports it will be easier to encourage youths not to specialise in one team sport at an early age as this would be detrimental for their athletic development.

The outstanding performers of the 2013/14 season also received awards during the Christmas Dinner. Brandon Grech, Rebecca Grech, Gianella Mallia, Kurt Fenech, Denise Xuereb, Ian Refalo, Gerrard Xuereb and Estelle Scicluna were all rewarded for their accomplishments in the leagues organised by the Malta Baseball & Softball Association in which the Redcoats excelled. The Ghajnsielem Redcoats were crowned National Champions in the MABS Youth Baseball Major League.

Joseph Scicluna concluded by thanking the coaches, Steve Ellis, George Grech, Loreto Scicluna and Josef Cutajar for their help and dedication which made it possible to have the Softball Division competition which turned out to be a success. Everyone at the Club will be working hard to make 2015 another successful year for the Redcoats.